The Most Iconic Patek Philippe Watch of The 21st Century

Patek Philippe is a luxury watch and clock company based in Switzerland that was founded in 1839. It’s one of the senior and most famous watch-manufacturing companies in the World. This luxury brand features unique designs, movements, and cases, which have been the key foundation to its success.

A Perpetual Calendar Chronograph watch is the combination of a Perpetual
Calendar and a Chronograph. It gives the date, days, months, years, and the moon phases while taking into account the days in a month and the leap year. It can measure the sixth or eighth of a second. Efficient, right?

THE HISTORY OF THE 1518: WORLDS FIRST PERPETUAL CALENDAR 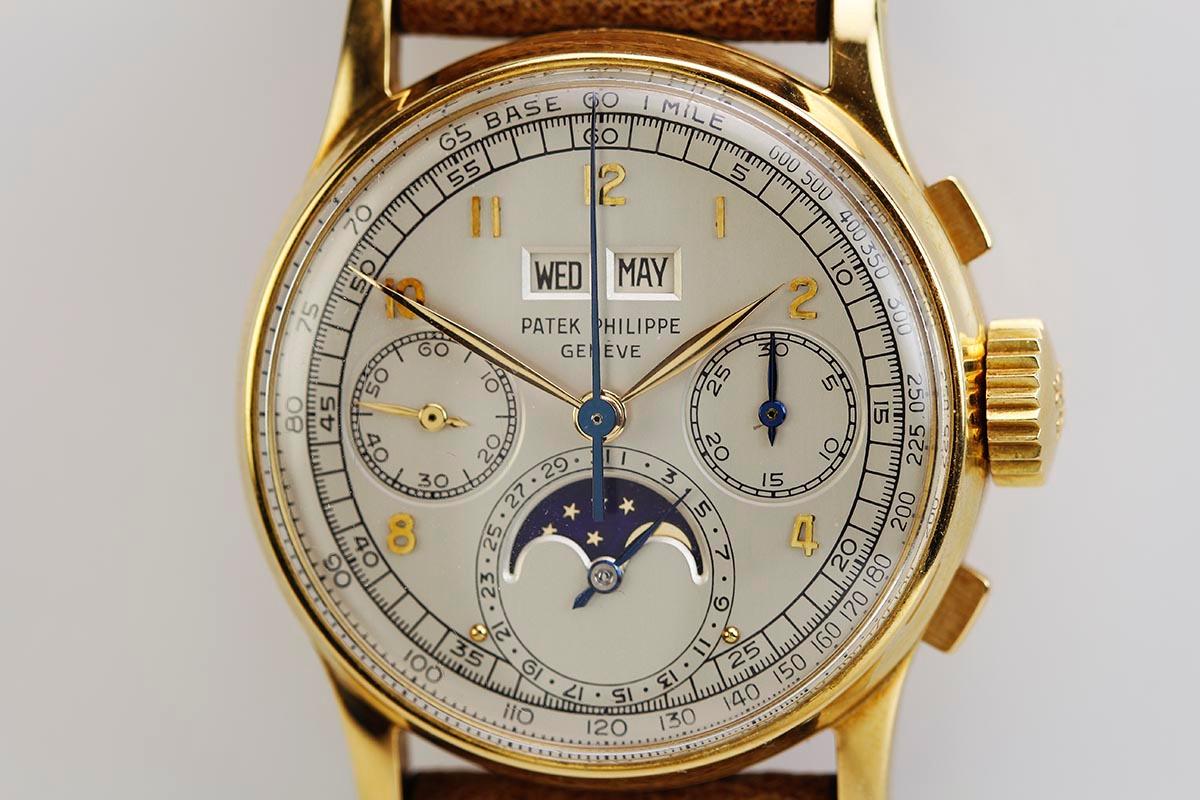 While the timepiece is highly complicated, the dial of the 1518 is exceptionally
tidy and easy to read. There are opening for the Day, Date, and Month at the 12
o’clock mark. The upper half of a sub-dial at 6 is occupied by the Lunar Phase
Function. It also features a second ring and a Tachymetric Scale. The production of this iconic watch stopped in 1954. Between 1947 and 1948, the watch underwent a slight change in design as the label on the watch ‘Patek
Philippe &amp; Co.’ was changed to ‘Patek Philippe’. 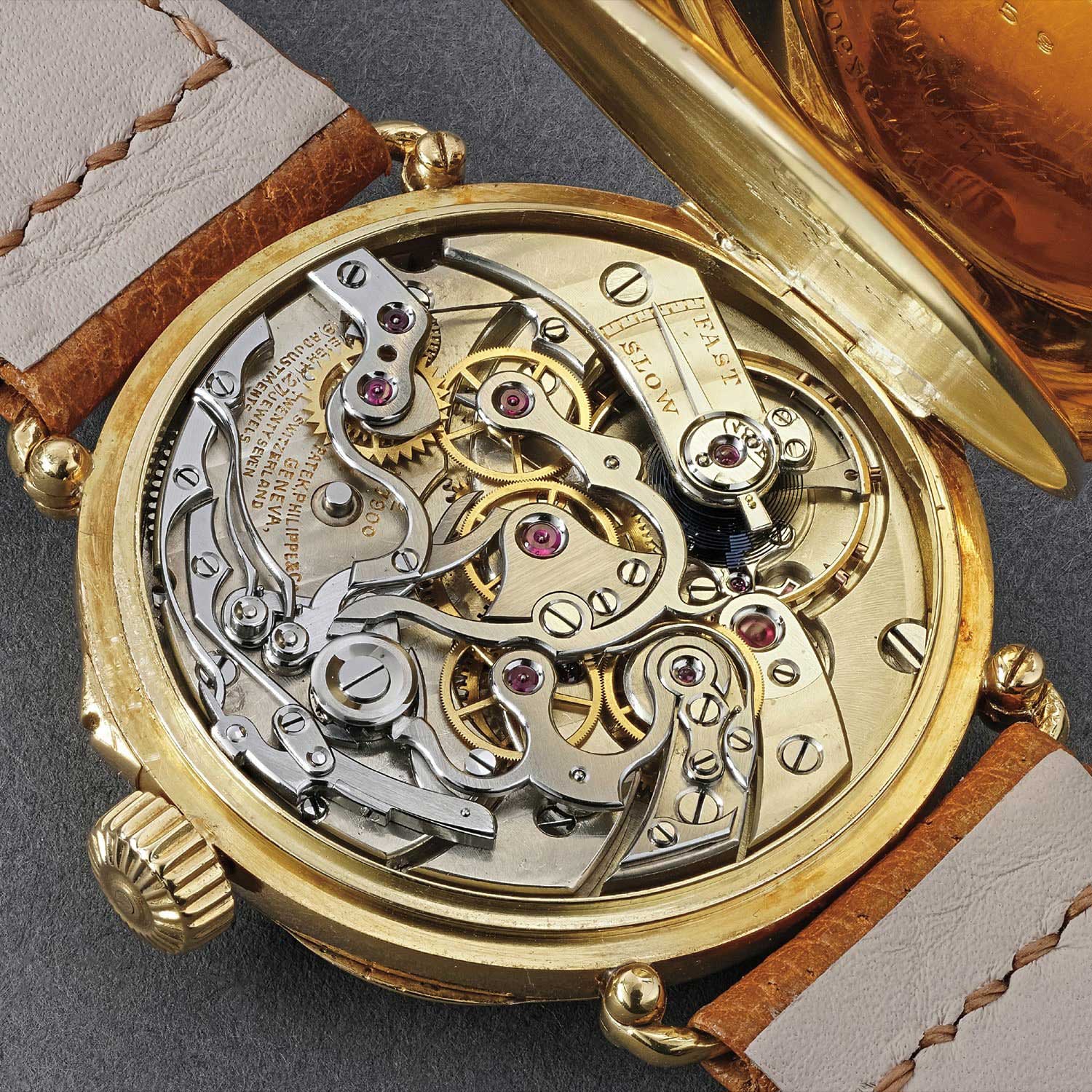 The case of this watch is perfect. It has thin lugs and is slightly curved, but it was later changed in the other versions. The case is smooth and polished. The internal parts of the case had serial numbers, references, and the Patek Philippe seal.
The Patek Philippe 1518 came in three different versions: Yellow Gold, Rose Gold, and Steel. The Yellow Gold was the far most popular one out of the three. 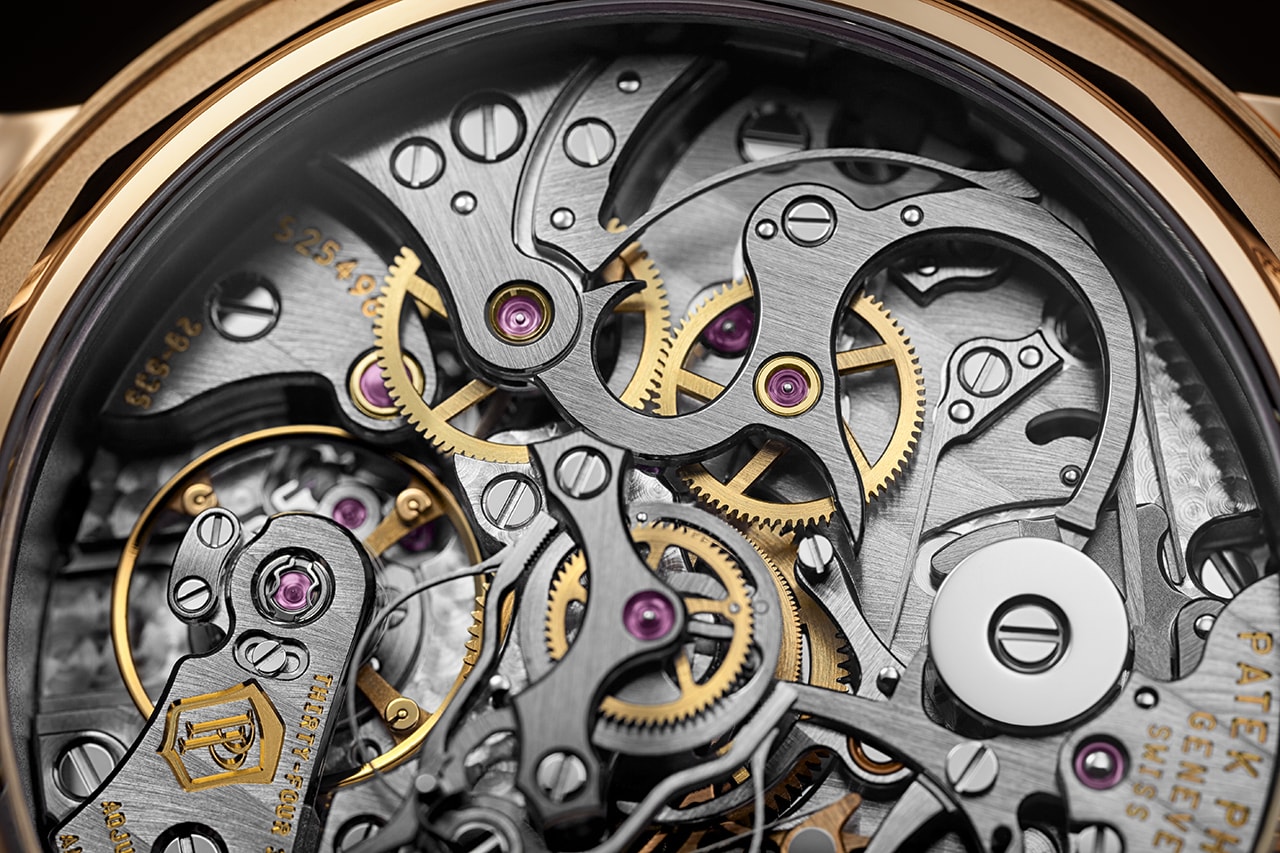 The movement in the Patek Philippe 1518 is the eubache Valjoux 13 series. It was then modified according to the Perpetual Calendar Chronograph. This then
created the Calibre 13-130Q. The Calibre 13-130Q used manual winding and was decorated with côtes de Genève and the Geneva Seal. The Calibre 13-130Q was perfect from the engineering and the finishing aspects.


The Patek Philippe 1518 came in two options: on a leather strap or a bracelet.
When the 1518s were sold, back in the 40s and 50s, the record of its bracelets
and straps were kept by Patek. In conclusion, this was a value-adding feature to awatch that is already highly valued.


RARITY OF THE SILVER VERSION 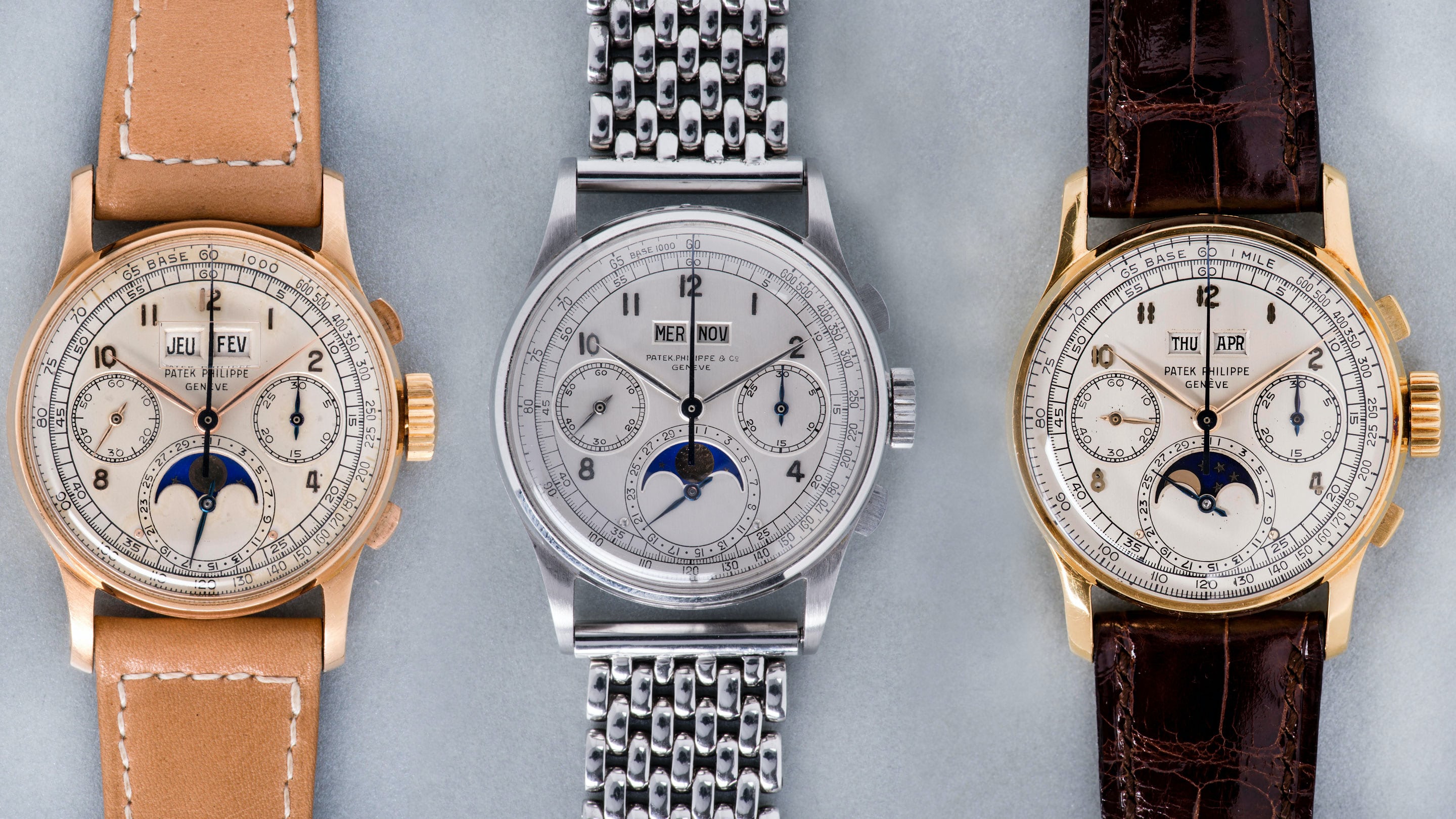 Out of the 281 Patek Philippe 1518s that were made, only 4 silver versions were
ever made. This makes the silver version extremely rare. As rarity is directly
proportional to desire, the desire for this watch is ever-lasting.
The watch enthusiasts are attracted to the elegance of this Patek Philippe 1518. A regular eye might let this get unnoticed, but those who know about this iconic
one-of-a-kind piece will appreciate it.
The Genevor SA made the first three cases of the Patek Philippe 1518. However, the fourth case was created by Wenger(he replaced Vichet as Patek Philippe’s first choice watch-maker), and the case was given a different serial number. Today, this Patek Philippe for sale is rare as the owners won’t let go of this rare version.
The significant difference between the two is the lugs, which can be seen below. 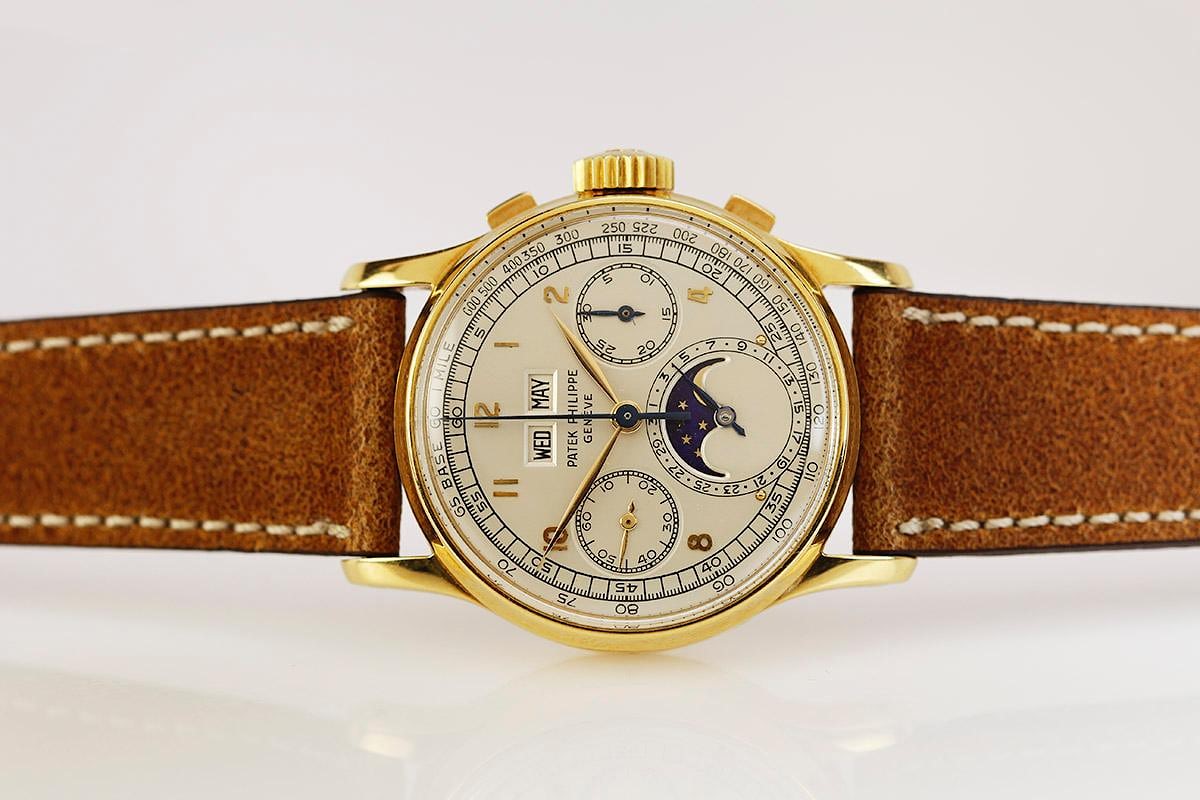 In 2014, there was a mystery surrounding the King of Romania; there were 3 two- toned (Rose-Gold and steel) in the World. One of them was bought by the
Romanian King Michael I. A black and white picture of King Michael I showed that he was wearing the Patek Philippe 1518. The community wondered if this was the rare two-toned 1518.
When the king died, a colored picture of him showed an ordinary Rose or Yellow
Gold 1518. Sadly, these claims have not been proven till today. But, we hope that one day we find existing evidence of this model.


THE MOST EXPENSIVE PATEK PHILIPPE WATCH: 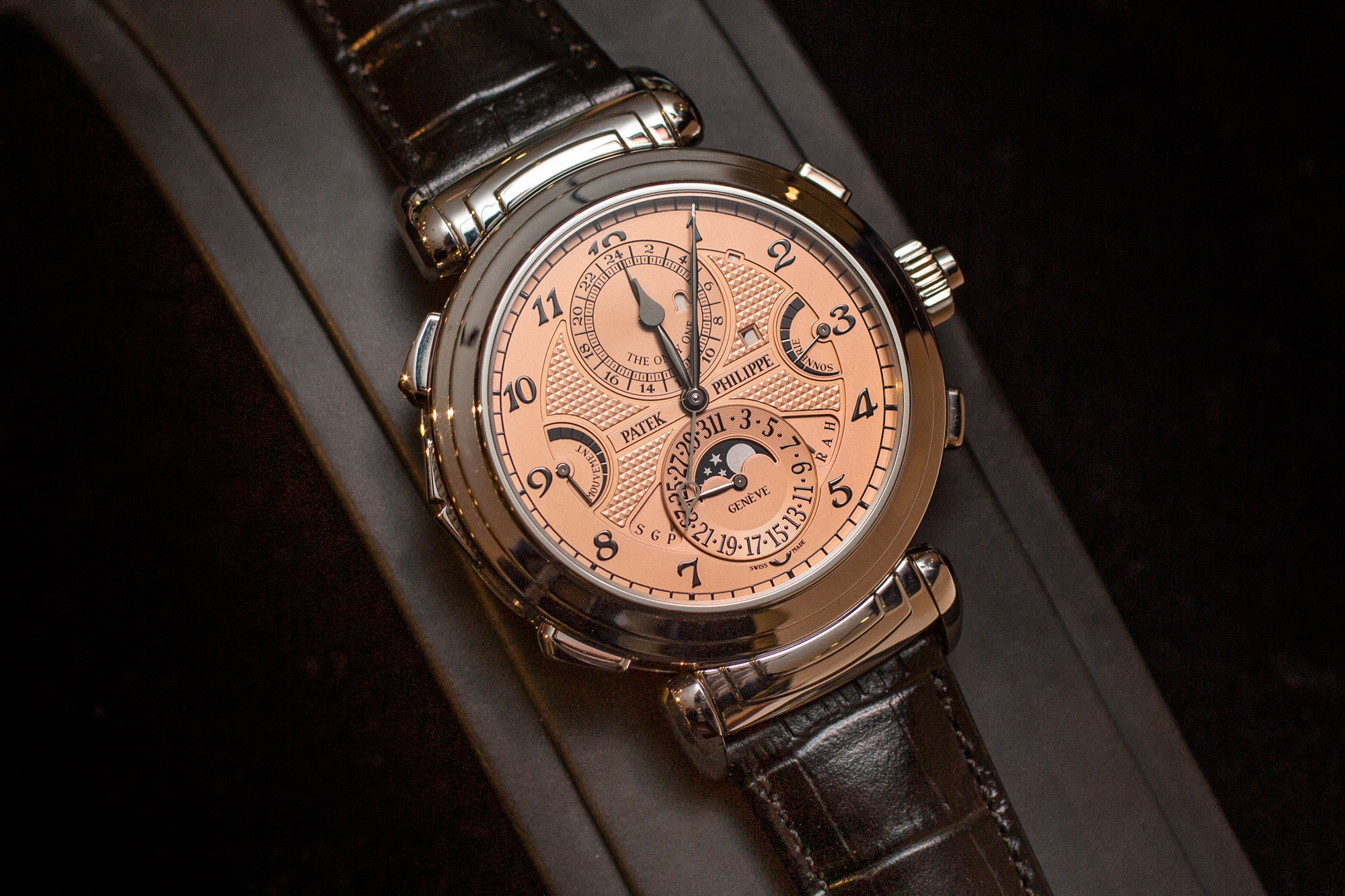 Patek Philippe continues to be the big fish in the luxury watch-making industry.
Although the watches it creates now are modern and unique, the 1518 Perpetual Calendar Chronograph would always be remembered as an iconic piece. It brings with it nostalgia and legacy of it’s own. The name Patek Philippe 1518 will remain in the history of watches forever!
Share
Share on Facebook Tweet on Twitter Pin on Pinterest
Back to News