When Patek Philippe decided to discontinue the Nautilus 5711, many hoped that it was a marketing strategy, which it didn't prove to be. However, Patek Philippe had surprises for us up their sleeves which included the brand new Patek Philippe Annual Calendar Travel Time Ref. 5326G.
Although those who have been collectors of Patek Philippe for a long time might have been confused due to its openly vintage vibe, uncommon granular dial, the modular construction of the case and a more casual look, we love this watch. There are two reasons for this. Firstly, due to its incredible level of practicality and secondly, for its different design, something that is refreshing, which is a clear indication of the new direction the luxury Swiss brand is taking under Thierry Stern.
Steering a popular brand like Patek Philippe towards a new direction is a quite daring task that Patek Philippe took over from his father, Philippe, in 2009. Although it was a long process, Thierry Stern is giving new life to the brand's collections. One can not forget the great commotion surrounding the release of the Calatrava Pilot Travel Time 5524, in 2015, a bold pilot's watch from a brand not linked to overt retro design cues. His decision to discontinue the Nautilus 5711 in 2021, was a controversial decision and an even more radical move. While we also can not forget the vintage/military Perpetual Calendar 5320, launched in 2017, which we saw again this year in a vintage attire with a stunning salmon dial.
Although the design looks more retro-oriented than classical, we are talking about Patek Philippe here, and everything speaks about quality. It can be seen that Thierry Stern is targeting a younger generation that has no hesitation to wear their watches, including minute-repeaters, rather than locking them up in a safe and taking them out with extreme care for a little bit of chumming action. He also is more in touch with the tastes of the new generation of Patek Philippe clients who want something that is less conservative, and less classical while being more robust and retro. 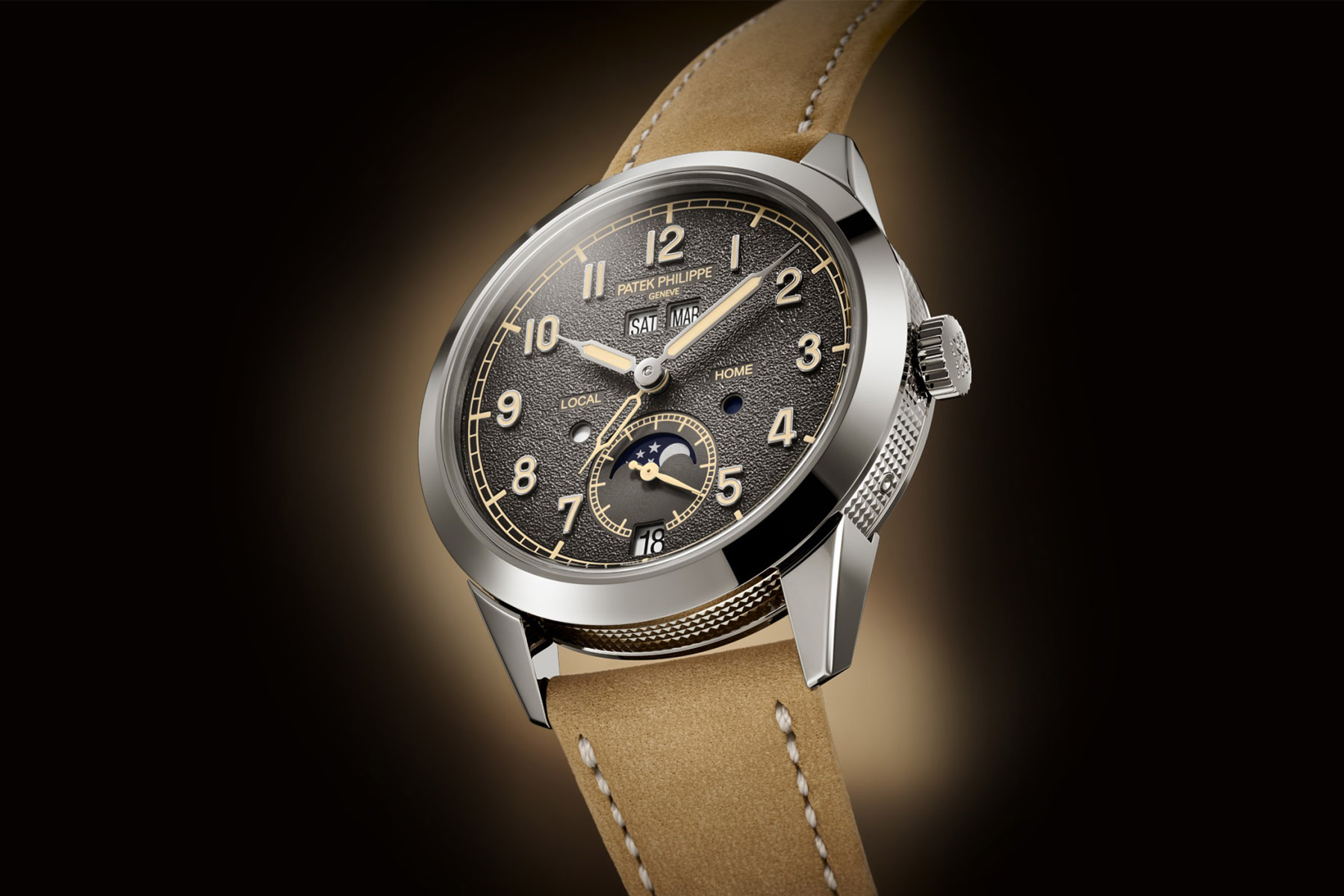 The new 41 mm polished white gold case of the new ref. 5326G along with its chamfered bezel is spectacular. The architecture is complex and we have not seen anything like this in the Calatrava collection. It features a central module which is sided by inclined pyramid-like lugs which are attached to the caseback. 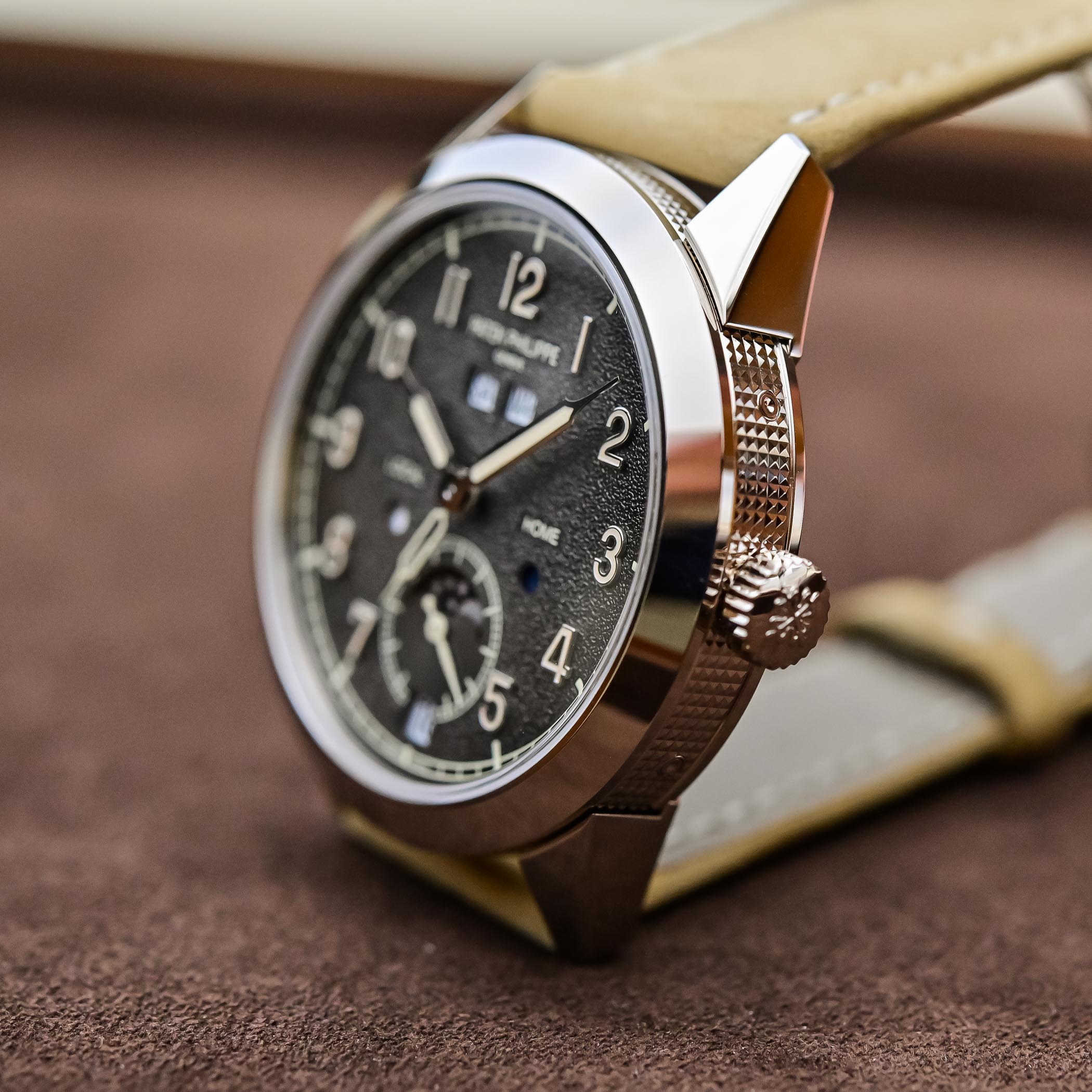 The dial of this watch is something that has not been seen before from Patek Philippe. The watch is given a unique personality and appearance by the granular surface of the charcoal grey dial. This unique texture on the dial is similar to the one found on an old camera which was originally intended for a better grip. The dial features a trendy gradient effect and the intensity and darkness of the grey colour increases as it nears the perimeter. The dial features white gold applied Arabic numerals which are filled with beige lume. The hands which are styled syringe-like are also filled with beige luminous material. The beige colour scheme can also be seen on other details of the dial. Two horizontal rectangular windows at 12 display the weekdays and months. While the date window is positioned in the lower half of the moon phase counter which is located at 6 o'clock. The Three available calendar functions can be adjusted with small correctors in the caseband. There is a third openworked syringe-style hour hand without lume utilized to indicate the home time, although not accompanied by a 24-hour track. Alternatively, there are two round apertures located below the central axis which indicate the day/night to local and home time. White represents day while blue represents night.


This Patek Philippe watch features a combination of the Annual Calendar and the travel time. The annual calendar is a feature that displays the correct date all the time needing only one manual correction per year on 1 March. The travel time complication is perfect for those who travel as it indicates a second time zone along with a second central hour hand, indicating the second time zone. Combining them was a challenging task as not only did they have to fit inside one case but they also had to make sure that the displayed date corresponded to the local time. To achieve this result, the travel time controls the annual calendar.

The local time of this Patek Philippe watch can be adjusted via the crown by pulling it to the middle position and adjusting it in one-hour increments in either of the two directions. The home time can be adjusted when the crown is fully extracted. Moreover, there is also a stop-seconds mechanism featured in this watch which essentially helps to set the time with one-second accuracy which is only active when the crown is in its outermost position. Further, if you are not going on a trip the second-hour hand can be hidden behind the main one with the help of the crown to make it look like as if there is only one hand. 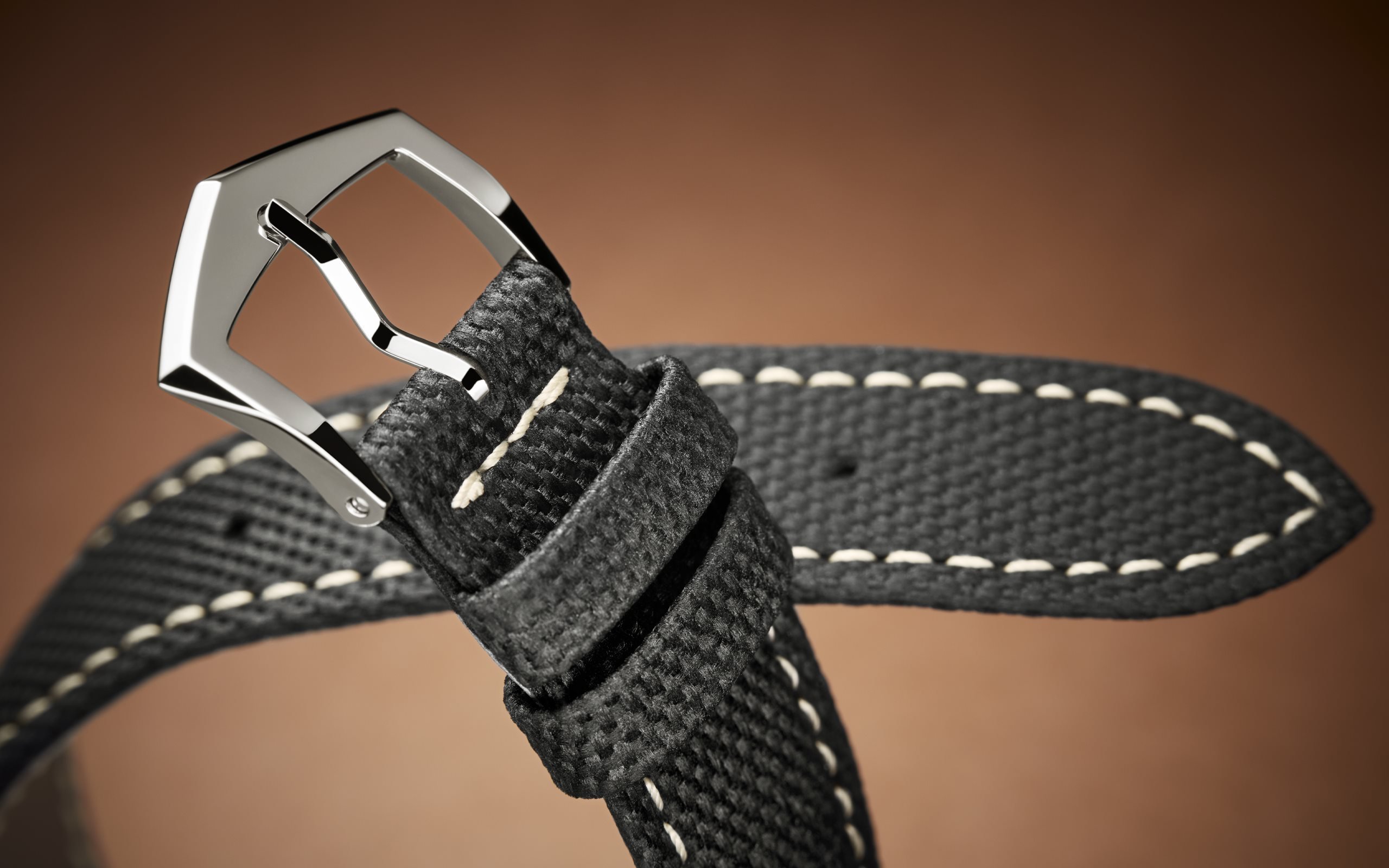 In addition to the casual vintage look, Patek Philippe has two straps for this watch. The first one is a beige calfskin strap with a nubuck finish. The second one is a black strap with beige stitching with an embossed fabric pattern.

Patek Philippe is going in a great direction under Thierry Stern and it is exciting to look at what the brand will offer in the next couple of years.