The Most Versatile Patek Philippe Watch

What is the most versatile Patek Philippe watch? It's the Aquanaut. Ask anyone, and most, if not all, of the times, you will hear Patek Philippe Aquanaut. Often overshadowed by its older brother, the Nautilus, it has only been a couple of years since the Aquanaut has started to be appreciated.

Now then, let's dive deep into the origin of Patek Philippe's most versatile watch, shall we?

Launched in 1997, the origin story of Patek Philippe Aquanaut is a bit mysterious and exciting. The profile of this client and the nation those military officers represented is still unknown, which adds more mystery to this already intriguing story.

Another story that is often related to the Aquanaut is that in the late 1990s, the technology industry was exploding. Young people saw extreme potential in this industry, and many new brands were started, which sold rapidly. Meanwhile, the luxury brands adjusted and designed products which were aimed at the younger audience, and Patek Philippe answered by launching the Aquanaut.

The Aquanaut transitioned from the Nautilus gradually. The ref. 5060S was released a year before the ref. 5060A. It was not an Aquanaut nor a Nautilus, just something in-between. The 5060S was clearly Patek Philippe's first attempt at re-interpreting the design of the Nautilus and later paved the way for what was to be known as the Patek Philippe Aquanaut. Such is the importance of the ref. 5060s that collectors gave it the name of "Pre-Aquanaut."

Patek Philippe Aquanaut ref. 5060A, launched in 1997, is believed to be the first ever Aquanaut. It came with a rubber strap, steel case, and a checkered dial, which are the fundamental features of an Aquanaut watch. The thing that makes the story of the Aquanaut even more complicated than it originally is that the first Aquanauts were sold as a part of the Nautilus collection.

What Makes The Aquanaut Special?

As a sportier Nautilus, the Aquanaut is more water resistant. Moreover, its "tropical" strap completely makes it different from the "more formal" Nautilus.

What Makes The Aquanaut Versatile?


When we state the word "Versatile" next to the word "watch," we mean that the watch can be worn with any dress, anytime, anywhere, no matter the occasion. The occasion can be a wedding, a birthday party, graduation, your job, and so on. It can even be used as an excellent gift for graduations and weddings. The versatility of the Aquanaut was seen when Sam Asghari wore it at his wedding. The watch was labeled as the "Ultimate wedding watch."

Some Of The Top Aquanaut Watches:


Below we will be looking at some of the best watches the Patek Philippe Aquanaut collection has to offer.


Here we have the Aquanaut ref. 5167/A-001, which is a famous Aquanaut. This timepiece features Caliber 324 S C, a self-winding mechanical movement. Its stainless steel case is 40 mm in size and features a black embossed dial. This Patek Philippe watch comes with a steel bracelet with a fold-over clasp. 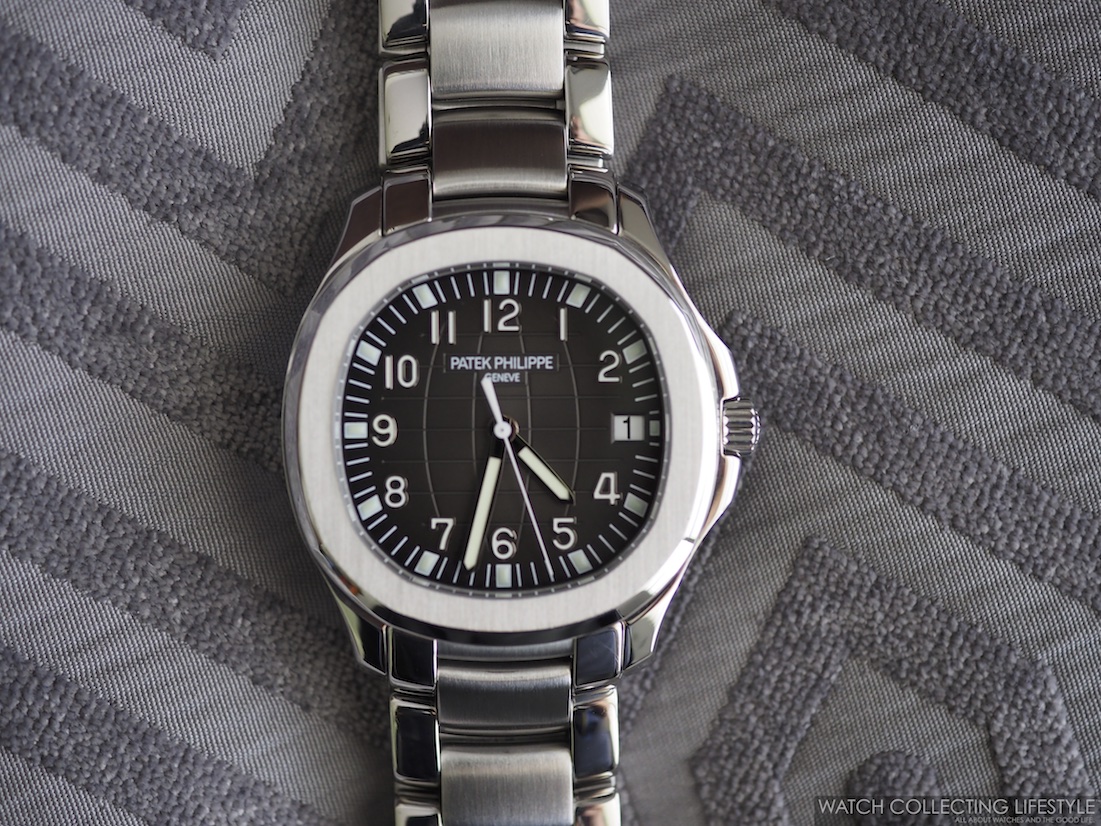 
Next up is the Patek Philippe Aquanaut ref. 5968A, which is the first ever chronograph introduced to the Aquanaut collection. This timepiece features Caliber CH 28-520 C, a self-winding mechanical movement. It has a steel case with a black embossed dial which features gold applied numerals that have been coated with lume. It initially comes with a black strap with a fold-over clasp, but there is also an additional orange strap. 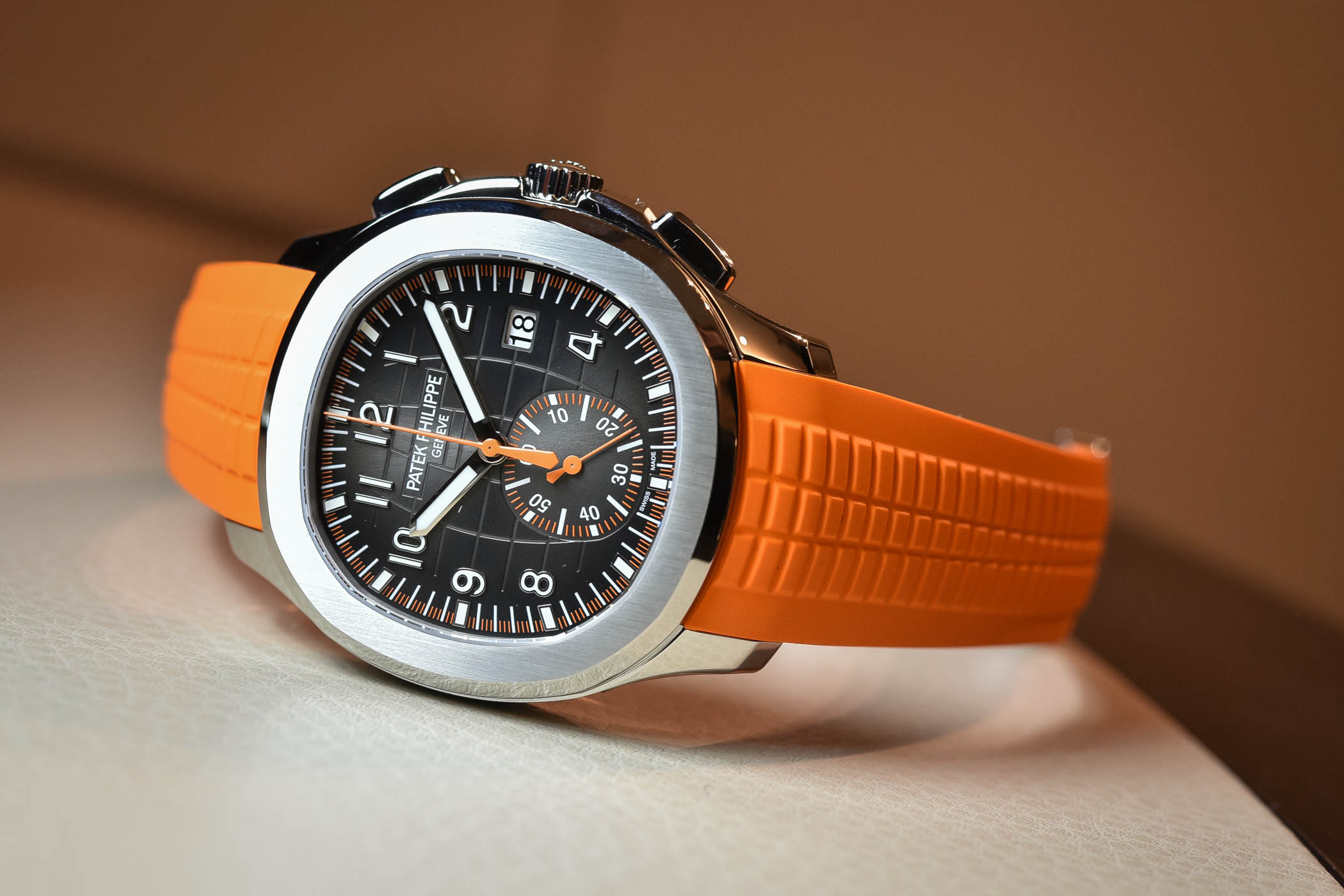 
Lastly, we have the ref. 5164A-001. This watch features Caliber 324 S C FUS, a self-winding mechanical movement. It has a steel case with a black embossed dial. This Patek Philippe watch comes with a black polymer strap and a fold-over clasp. 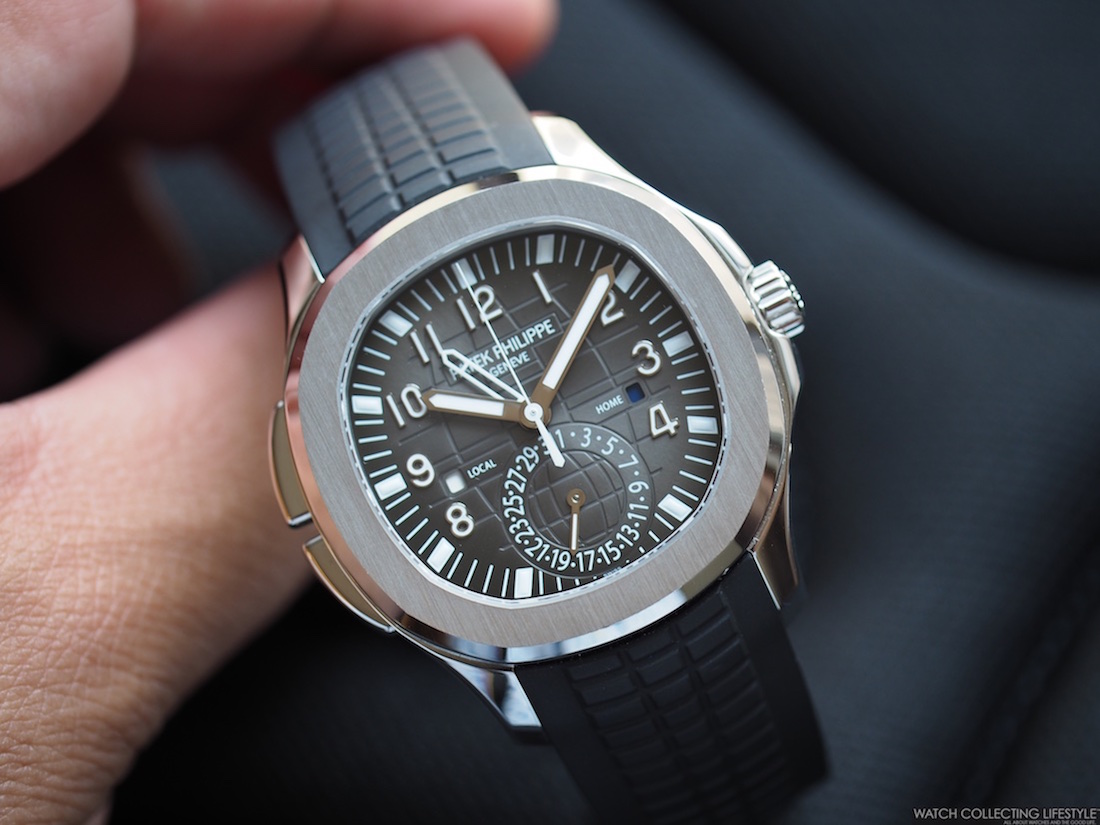 Patek Philippe's Aquanaut is the most versatile Patek Philippe watch, making it special among the other collections. Its origin story is highly mysterious and hard to understand, but it is indeed an intriguing one. This weird mystery makes the watch even more famous, and speaking of famous; we have listed some of them. So the next time you think of buying an Aquanaut, consider the options we have discussed.