The History Of The Patek Philippe World Time 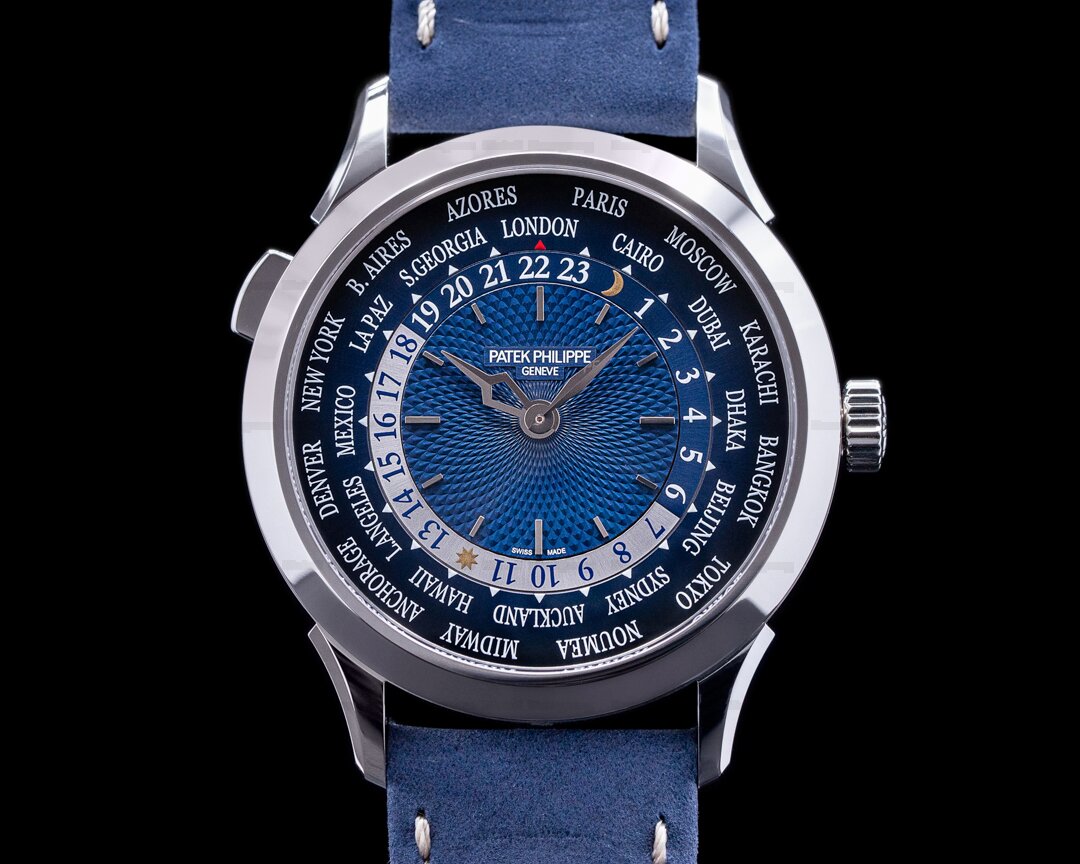 Like many other complications in the luxury watch market, the world timer is not a recent creation. Louis Cottier first invented it in 1931. It did not take Cottier a lot of time before he got commissioned to produce calibers for watches. After some successes, Patek Philippe knocked on the door, and it did not take long before the two first Patek Philippe World Time references were launched. These were the ref. 515 HU and the ref. 96 HU, the former in a rectangular case while the latter in the famous Calatrava case.


Only four rectangular models were ever manufactured, while the Calatrava-cased World Timers was the beginning of one of the most collectible Patek Philippe watches ever. Before long, the ref. 1415 was launched under the model World Timer, produced from 1939 till 1954. These days, these models go for above $1 Million at auction, especially the rare models that have an enamel dial. According to the records, those enamel dials only made up a quarter of the total production of the ref. 1415 pieces. 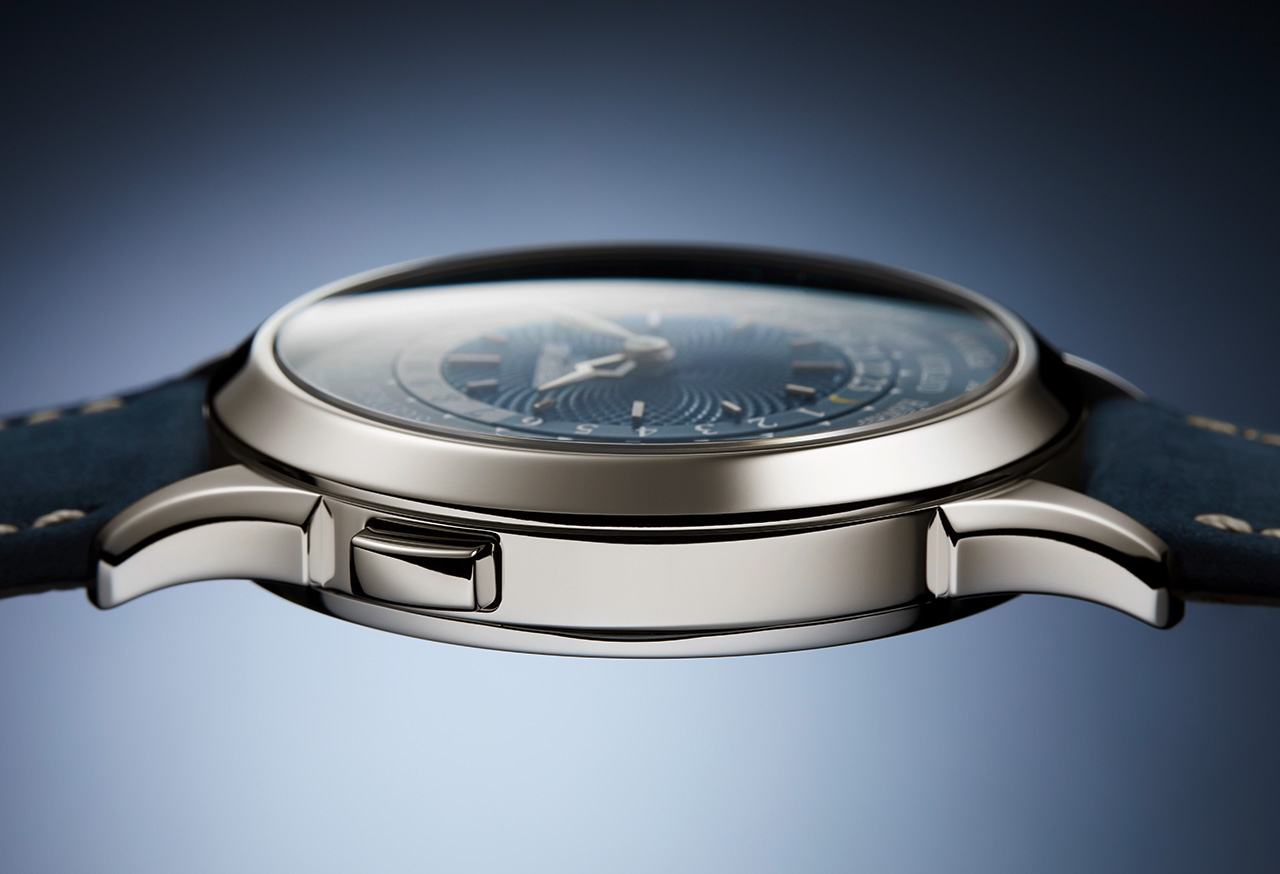 During the early days, the first version of this caliber had no separate means of adjusting local time. Instead, an outer bezel was used, which was engraved with various home cities around the world. This made the wearer adjust the display of local time at 12. It was in 1953 that Patek Philippe revealed Cottier’s Calibre 12-400 HU in their ref. 2523 World Time, the watch that made way for the growth and success of the World Time collection as a whole. The main difference with the new movement was the switch to a dual-crown configuration and the repositioning of the names of the cities onto the outer ring of its dial. This change meant that the local time city could now be configured using the second crown at 9. The ref. 2523 did not stay in Patek Philippe’s collection for long, as the brand discontinued the model after the death of Cottier in the late 60s.


It took Patek Philippe 35 years to revive the world’s time complication. The successor finally arrived as the ref. 5110 was launched. The significant change is that instead of a second crown at 9, a broad pusher was added to the watch at 10. The pusher allowed the wearer to correct the world time displays with each push in one-hour increments. Patek Philippe had patented this mechanism many years prior, near the end of the ref. 2523, but waited till the early 200s to launch the watch. 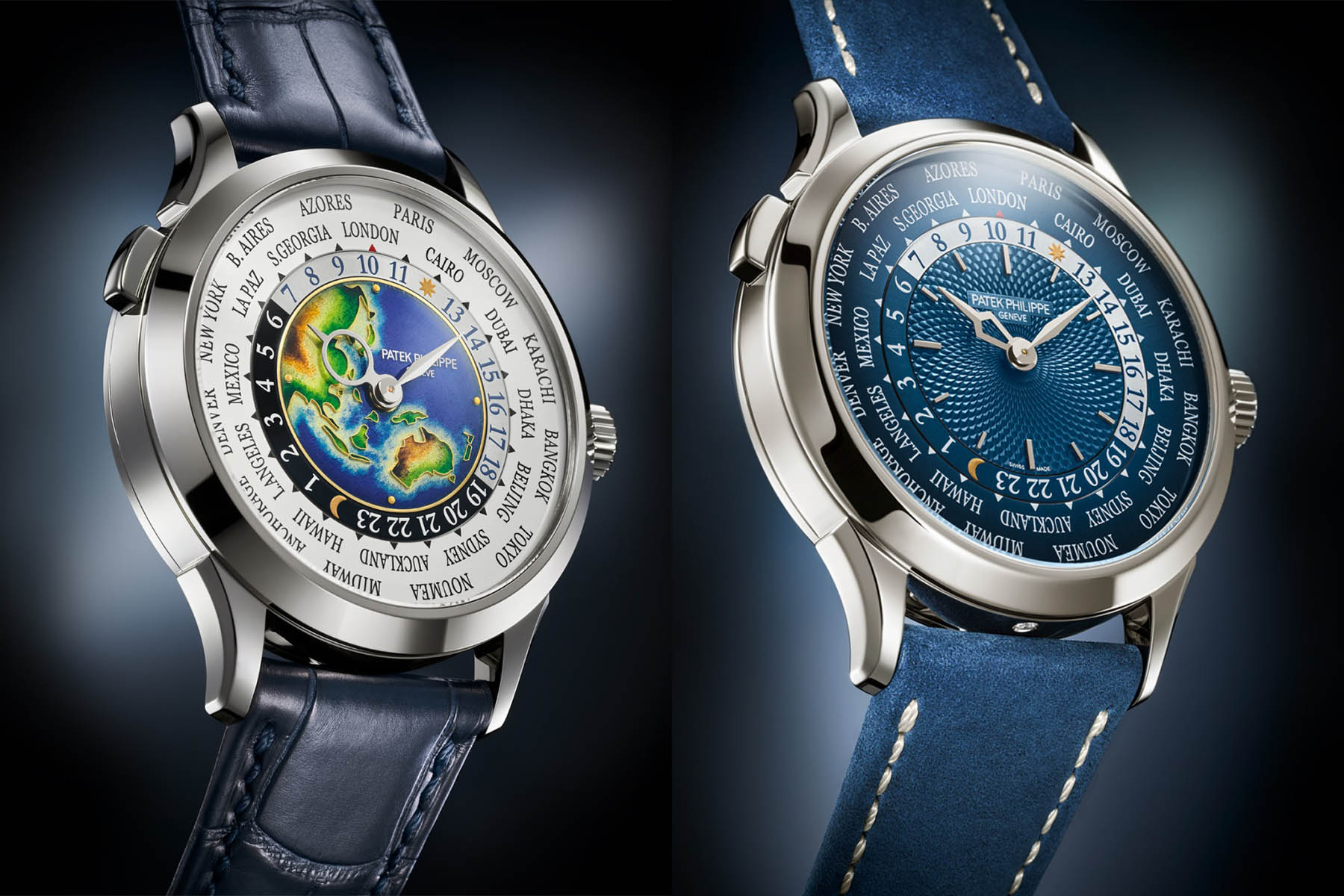 
The Caliber 240 HU remains in production in the current world timer, the ref. 5230 (came to replace the ref. 5110). However, Patek did change the world timer’s casing from 37 mm to 39.5 mm as the ref. 5130 replaced the ref. 5110, and then to 38.5 mm as the ref. 5230 replaced the ref. 5110. However, during all this time, the movement still stands unaltered. The self-winding micro-rotor caliber is 3.9 mm thick. It uses a Spiromax balance spring and a Gyromax balance wheel. The 240 HU is decorated and visible through an exhibition caseback. With elegant Geneva striping, perlage, and anglage abound, the caliber is a joy to see, whether you understand how a movement works. 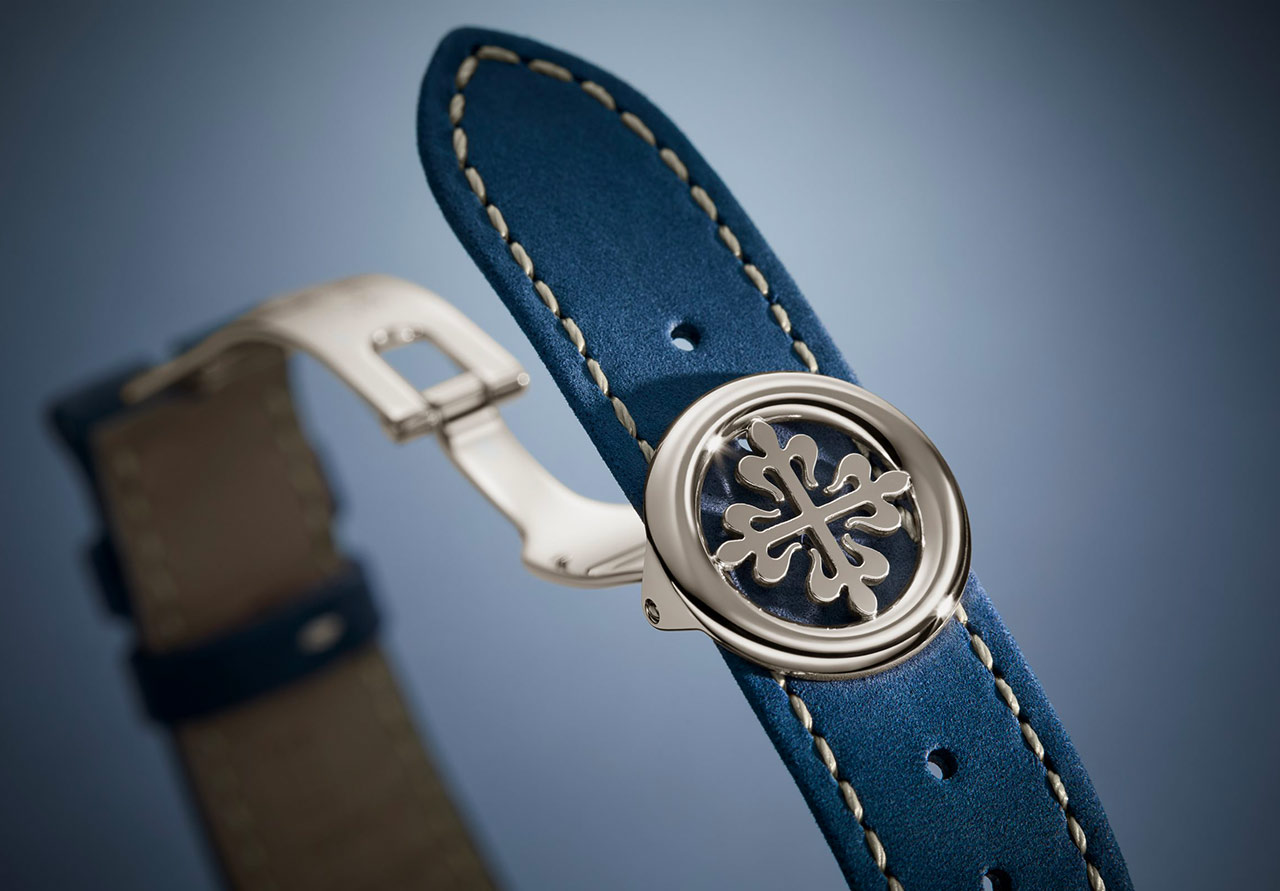 The ref. 5230P-001 is powered by a self-winding movement, Caliber 240 HU. It has two city and 24-hour rotating disks, which ensure that simultaneous and permanent track of time in all 24 time zones is kept. The user can push the pusher at 10 o’clock to correct the world time displays with each push in one-hour increments.